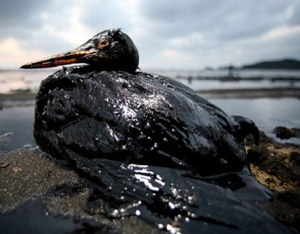 30 yrs ago a biologist explained to me in in no uncertain terms what a  fossil fuel economy really means for the biosphere:

“It is like feeding an organism with its own excrement”

This may sound disgusting but I believe it helps to understand how insane our economic system really is, since ecological imperatives have been consistently ignored or subordinated to profit interests and the huge environmental (and social) cost is being “externalized” to society as a whole, including future generations.

Anyone with half a brain must see that bringing children into this insane world is totally irresponsible, because the forces of unbridled capitalism in a “financialized” and “globalized” economy (run by mentally ill, sociopathic people) can no longer be contained and, given its cancerous properties, it will eventually destroy the host system …

In a wider context, I find it extremely absurd and even ironic that fanatic “pro-life” groups  in the US denounce abortion as the ultimate sin while often supporting a right-wing “free enterprise” and “free individual” (no collective responsibility) political agenda that aggravates the degradation of  ecosystems on which future generations depend.

It does not really  matter who is the US president (… choose the lesser of two evils …), since they are all so indoctrinated with the “free market” BS and are unable to see that “Full Spectrum Dominance” is a recipe for global disaster. While the corporate state seeks to gain control over all “strategic resources”, (i.e. energy) they have not even begun to understand  that without the invaluable services of living ecosystems (which we must respect and sustain, not try to control) any talk about  “energy security” is a cruel joke …

As people like E.F. Schumacher realized decades ago, a  system  that has no self-limiting principle is bound to be self-destructive so a totally economised market society which accepts profit maximization as the (rational) organizing principle is digging its own (environmental and social) grave …

Economic theory recognizes capital and labor as the major factors of production and focuses on the  prices of all commodities but the HUGE FALLACY has been  that nature is treated as “income”, not as limited capital and that the intrinsic value of ecosystems has been ignored:

“If it is helpful to consider our natural resource base as capital assets, it is fair to say that the Assessment demonstrates that humanity has been squandering these assets at a quickening pace. In fact, we have treated many of these assets as if they had no value. The people who clear forests for agriculture, build dams for water retention or power, …. may benefit from those changes, but society at large pays significant costs associated with the loss of nature’s economic, cultural, or intrinsic values. No one in the private sector, or the public sector for that matter, would keep his job with a record of financial mismanagement and waste that the Assessment documents for our natural assets.”

Back in the 1980s, when environmentalism began to question the established economic paradigms, Greenpeace sold stickers and T-shirts with the following words of native American  wisdom:

“Only when the last tree has died, the last river has been poisoned and the last fish been caught will they realise that money cannot be eaten.

What is there left to say?

I hate to say it, but it seems to me nature will have to get rid of humans in order to ensure survival of the system but what about the enormous radioactive and toxic legacy?

On top of the human misery (exploding child-cancer rates,  horrible congenital malformations – see also the last paragraphs of my post “Flat Earth News”  ) in  Iraq  people were shocked to see football-sized tomatoes and strange purple carrots, animals are born with two heads and other gross deformities, see also the latest report about the true “cost” of Chernobyl ...

To understand the bigger picture of the devastating impact of the  artificially enforced “market society” try this thought-provoking book: 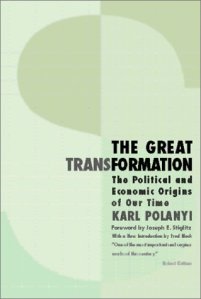